LETTER TO THE BOARD OF EDUCATION
from Waanyarra residents (c1873)

We, the inhabitants of Waanyarra desire to draw your attention to the fact that we are desireable of the means of instruction for our children, having no school in the locality and would earnestly pray that you would use your influence to establish a Common School, there being 54 childrenof school age residing in a radius of four miles, taking the centre from the bridge on the Eddington and Tarnagulla Roads. The nearest school being Eddington 3 miles, Jones’ Creek 4 miles, Laanecoorie 3 miles, Tarnagulla 5 miles and Newbridge 7 miles.
We humbly pray therefore, that our wants may be considered.
Signed on behalf of the inhabitants,
George E. Hiatt,
Edward Carey,
Thomas Lanyon.

Mr. Thomas Archard’s tender of £354.5.6 to build the 40 ft. x 20 ft wooden school room at Waanyarra was accepted by the School Committee. In March, 1877 Mr. Archard varnished the ceiling and repaired four ornamental cash vents for the amount of £25. 10.0.
The school was ready to open, but Mr. Birrell was not satisfied with his accommodation at Jones’ Creek. In his letter to the Board of Education he wrote requesting a new teachers’ residence be built, his reasons being:-

“1. The cottage we now live in is the property of the Trustees (Church of England), of the school. It is dilapidated and too small for our family.
2. There is no place in the locality to rent as a teachers’ residence.
3. The new school site is two miles from 339.
4. There is a probability of a night school being established
and it will be important to have a teacher nearby.
5. The new school site is near the road with few people in the area to protect school property.
Signed: David W. Birrell.”

“The new Waanyarra School opening was celebrated on the lst May, 1877 with a tea meeting, concert and ball.The scholars,their parents and friends from many miles around were present. The Tarnagulla Glee Club led by Mr. H. Treloar entertained with musical selections.”
(Dunolly Express, 4th May, 1877.) 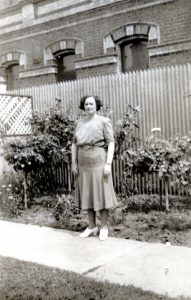 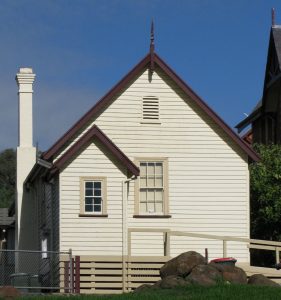 In the same newspaper on the 25th May it was reported that the tender of James Faulkner of Dunolly (lowest tender) of £266.7.O had been accepted for the Jones’ Creek teachers’ residence.
On the 30th April, 1877 Jones’ Creek School No. 3 3 9 was struck off. Mr. Birrell and his wife Elizabeth began teaching at the new School and work had commenced on their teachers’ residence which would be their home for many years. 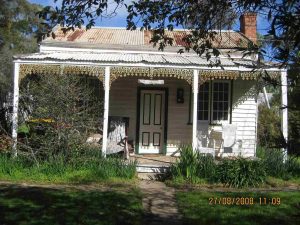 The Residence relocated to Tarnagulla, lovingly cared for today.

“A monster school picnic was organised for the children of the Dunolly District at Bet-Bet on 3rd October, 1874. Mr. Bloomfield, the contractor for the Maryborough to Dunolly railway line, arranged for young ones to have a first ride on the train before the official opening on 6th October.
A total of nearly 900 school pupils and their teachers marched through Dunolly to the station. Bands from Castlemaine and Dunolly and a “really good fife and drum band under the leadership of Mr. Tunstall”, added to the gaiety of the day.
Mr. Birrell from Jones’ Creek and his fifty-five pupils travelled to Dunolly “in every conceiveable type of vehicle”, to join other children from outlying areas.
The Mayor, Mr. Daly, gave out oranges and lollies at the picnic where visitors numbered around 1,500, most of whom had never seen a train. The National Anthem was played to finish off the picnic. When the train reached Dunolly just after sun-down there was an immense crowd of parents and onlookers to greet the children.”

Extracts above from “The Footsteps Echo” by Lynne Douthat

Posted under Schools at Waanyarra
Comments (5)

5 Responses to Waanyarra State School No. 1879