THE RAVENS & THE WILLIAMS’ 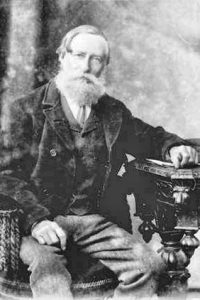 “There were eight of them, Dave, Bill, Jim, Tom, Ted, Jane, Emily and Alice.
Along with the Raven kids, they walked two and a half miles to attend the Waanyarra School. The families had no money but they had plenty of fun, and my brother and I were made to feel quite envious when we’d hear some of their stories.
Jane married a garage owner by the name of Frank Zinnecker. With their daughter Hazel and friend they decided to be the first to cross the Nullabor Plain by car from Perth to Melbourne, which they did in 1926. There was no real road to follow, only telegraph poles. As they left each outpost a phone message was sent to the next stop to say there were travellers on the way, so that if they did not make their destination in a certain time a search party would be sent out. Fortunately, this measure was never used. They had many stories to tell about the trip. The Melbourne ‘Herald’ had a large spread on the journey when they arrived in Melbourne.
My parents were Jane Raven, the youngest of the Raven children and Thomas Williams. Being the youngest, my mother wore all the hand-me-down shoes and never had a new pair all her childhood. One time she had no shoes as there were none ready to be handed down so could not attend a picnic. I remember my mother being very conscious of the upkeep of her shoes, and would have them repaired immediately they became slightly worn, probably the memories of being shoeless remained with her all her life.
My parents were born and bred at Waanyarra. Henry Raven and his wife raised a large family, five girls and two boys and there is not one ‘Galah’ amongst all the Ravens.”

Posted under Families of Waanyarra and tagged with Callister, Zinnecker
Comments (0)